Mgahinga Gorilla National Park is located in the far south of the country, adjoining the Volcanoes National Park in Rwanda. It is 1 of only 2 strongholds in Uganda offering a protected habitat to the Mountain gorillas, while it is Uganda's smallest national park. Mountain gorillas form the main attraction at Mgahinga Gorilla National Park, which protects the Ugandan portion of the Virungas, an imposing string of nine freestanding extinct and active volcanoes that runs along the border with Rwanda and the Congo.

Mgahinga Gorilla National Park just like Bwindi Impenetrable National park is popularly known for gorilla tracking. One habituated gorilla family is habitat in this national park for gorilla tourism. This gorilla family used to migrate from Uganda to Rwanda as its range is shared between the three countries of Uganda, Rwanda, and DRC, but of recent, this family has stabilized in and can be trekked occasionally. Prior to that, its gorilla permits could be booked on ground but can now be booked at Uganda wildlife Authority head quarters in Kampala. Mgahinga National Park also attracts a sizeable number of tourists interested in hiking three instinct volcanoes of Mgahinga, Muhavura and Sabinyo. For those interested in trekking golden monkeys in Uganda, then Mgahinga is the national park to visit. As part of community and cultural tourism, there is a cultural trail by the Pigmies who used to stay in caves on Mgahinga.

Mgahinga Gorilla National Park sits high in the clouds, at an altitude of between 2,227m and 4,127m. As its name suggests, it was created to protect the rare mountain gorillas that inhabit its dense forests, and it is also an important habitat for the endangered golden monkey.

As well as being important for wildlife, the park also has a huge cultural significance, in particular for the indigenous Batwa pygmies. This tribe of hunter-gatherers was the forest’s “first people”, and their ancient knowledge of its secrets remains unrivalled.

Mgahinga’s most striking features are its three conical, extinct volcanoes, part of the spectacular Virunga Range that lies along the border region of Uganda, Congo and Rwanda. Mgahinga forms part of the much larger Virunga Conservation Area which includes adjacent parks in these countries. The volcanoes’ slopes contain various ecosystems and are biologically diverse, and their peaks provide a striking backdrop to this gorgeous scenery. 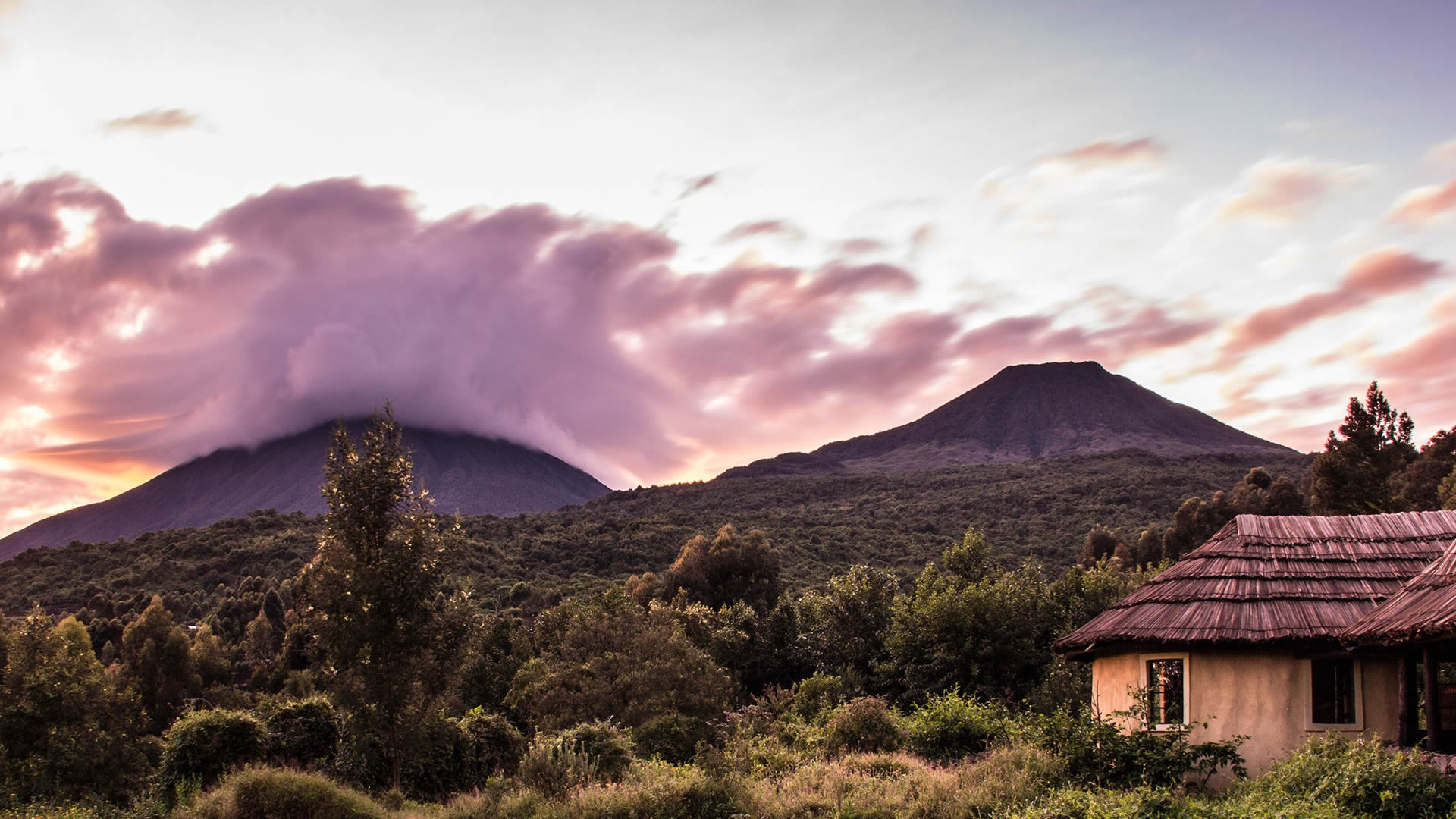