Tsavo West covers a huge variety of landscapes, from swamps and natural springs to rocky peaks, extinct volcanic cones to rolling plains and sharp reddish outcrops. Tsavo East is generally flat with dry plains across which the Galana River flows. Other features include the Yatta Plateau, Lugards Falls, Mudanda Rock and Aruba Dam.

Tsavo East and Tsavo West National Parks together make up the biggest national park in Kenya at just under 22 000 sq km. In May 1948, a month after the park's conception, Tsavo National Park was divided into east and west for administrative purposes. Named after the Tsavo River which flows from west to east, the park is considered one of the world's biodiversity strongholds.

Tsavo East is the only Kenyan park that permits night drives. It is a vast park and guests will often have to be patient during game viewing activities, but the reward is great. The experienced safari guides are familiar with the game movements and season migration paths and times of Tsavo's wildlife. Some of Tsavo East's popular attractions are Mudanda Rock, Yatta Plateau and Lugard Falls.

Tsavo West has a variety of landscapes, from swamps and natural springs to rocky peaks, extinct volcanic cones, to rolling plains and sharp reddish outcrops. Wildlife can be difficult to spot because of the dense scrubs. In May 1948, a month after its conception Tsavo National Park was divided into East and West for administrative purposes.

Tsavo East is the ideal Kenyan destination for exclusive camping, interesting traversing circuits and adventurous activities. The middles area of the park is where visitors will be shown many rock and cave paintings.

Tsavo has a legendary story about its lions, 2 of which became known as 'man-eaters' after many people working on the Kenya-Uganda railway in the ate 1800s were attacked and eaten by this viscious pair. This story was made into a film called The Ghost and the Darkness.

The eastern park is much flatter and more arid than its western counterpart, which can be quite swampy. There are stunning water features in the East, but generally it is a vision of dry, rolling savannah. 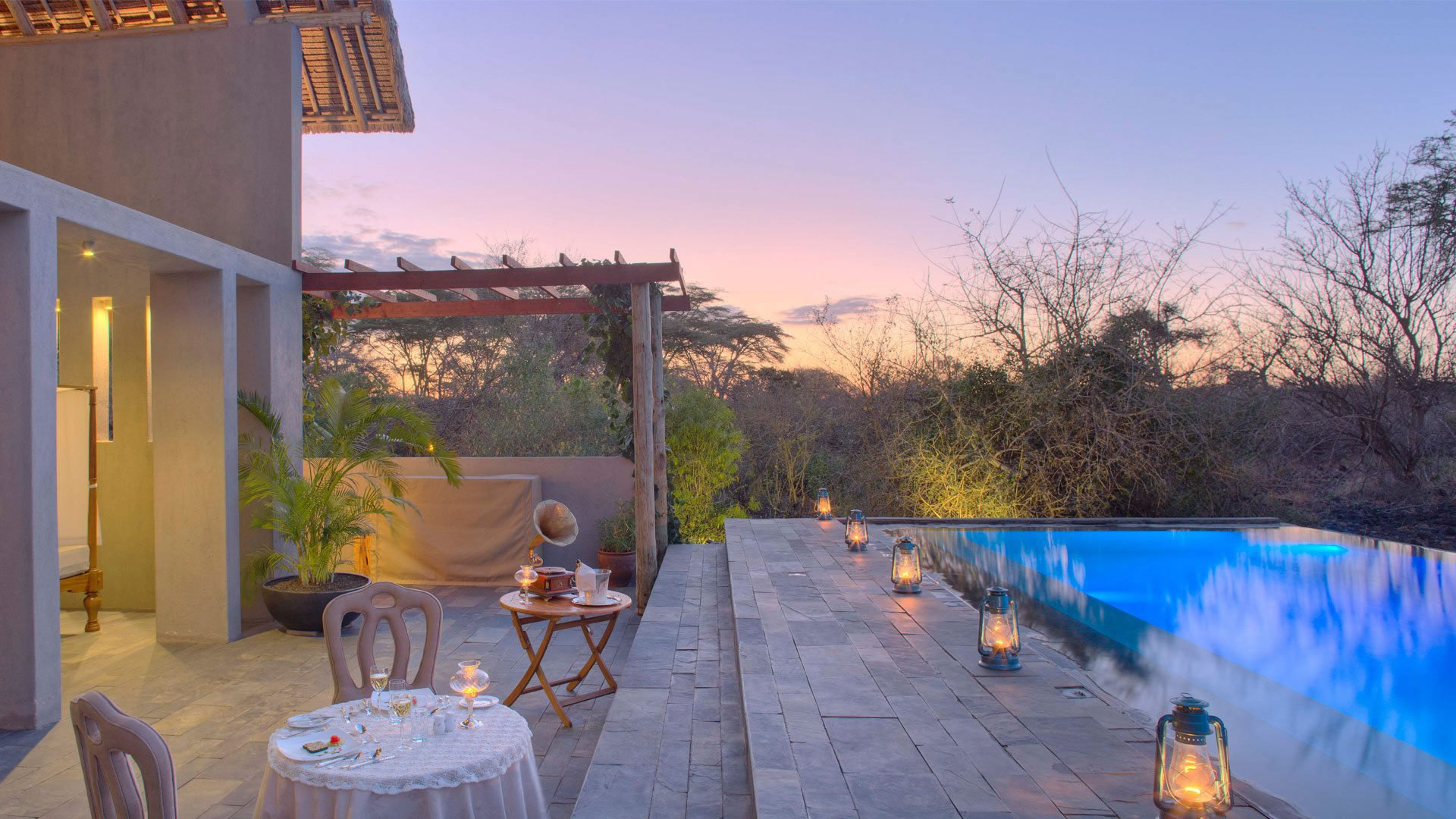 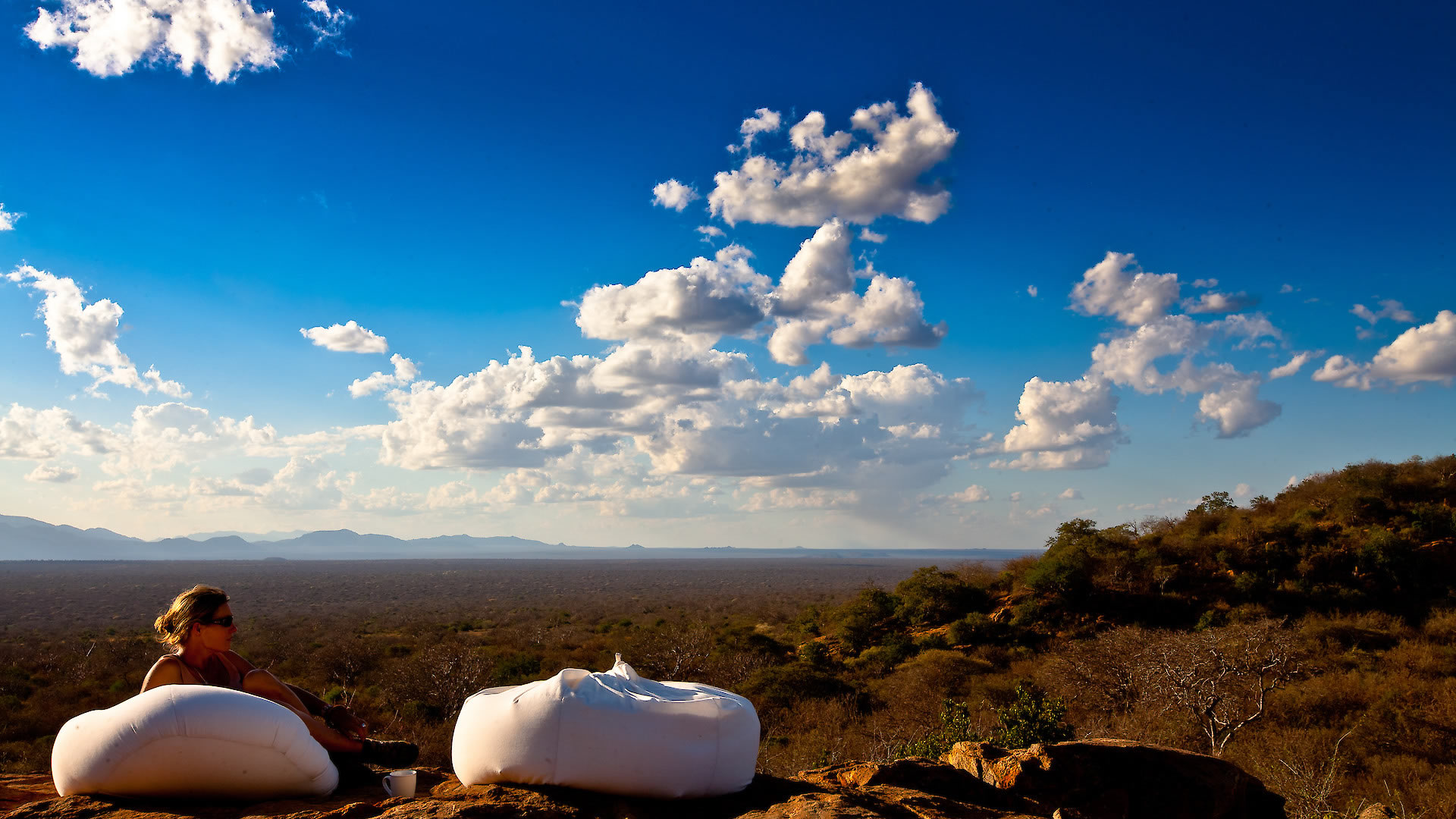 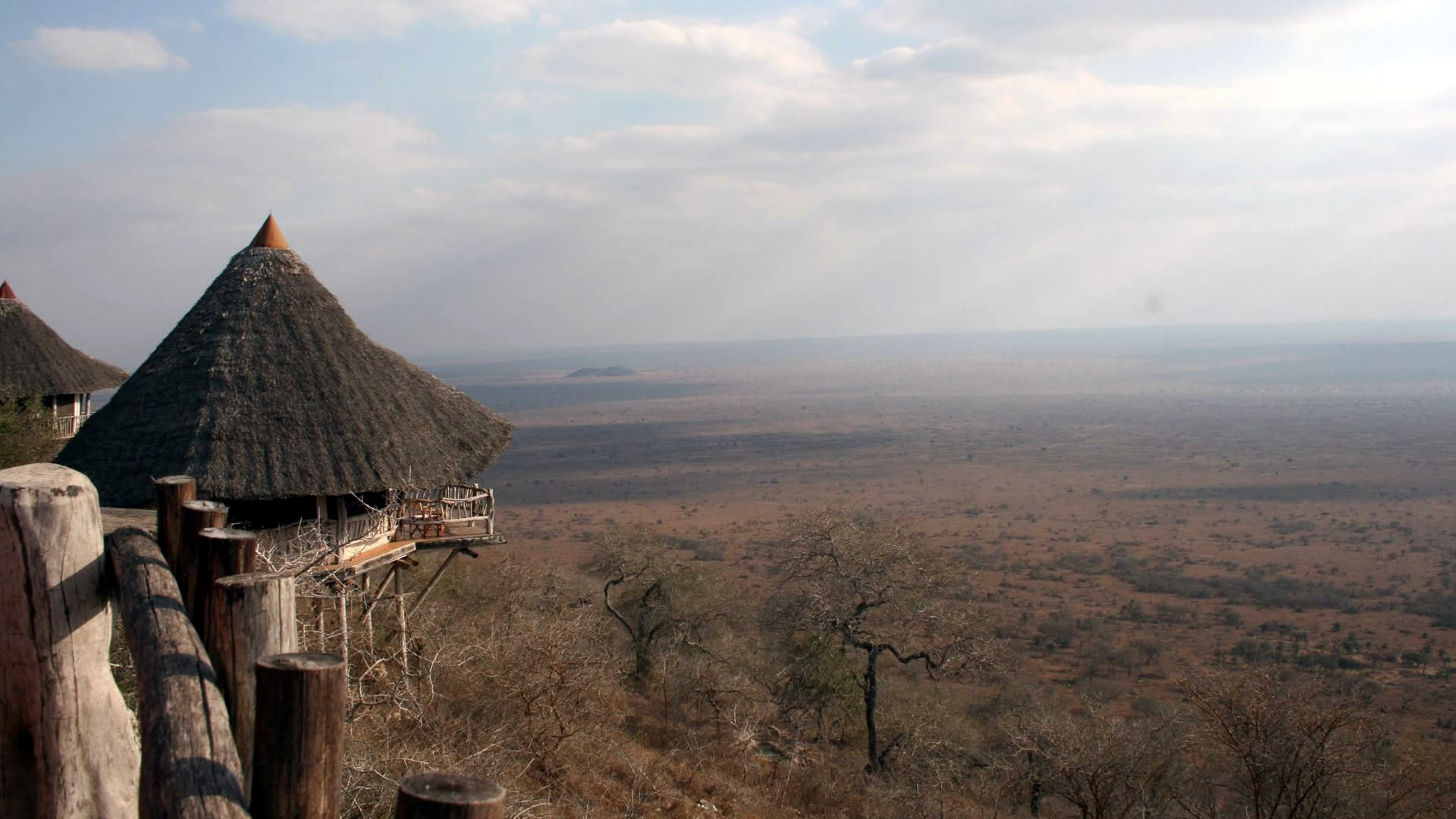 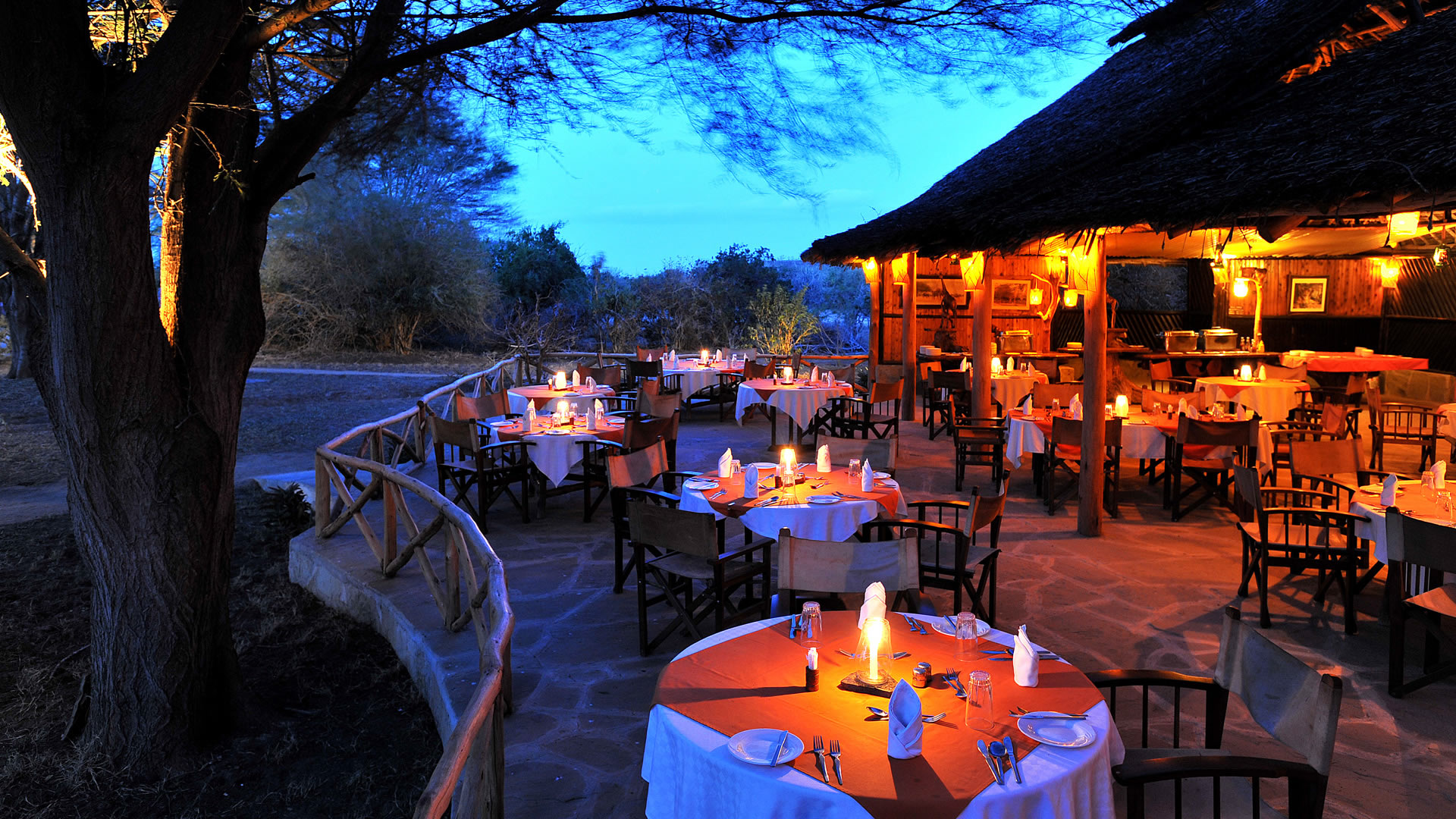